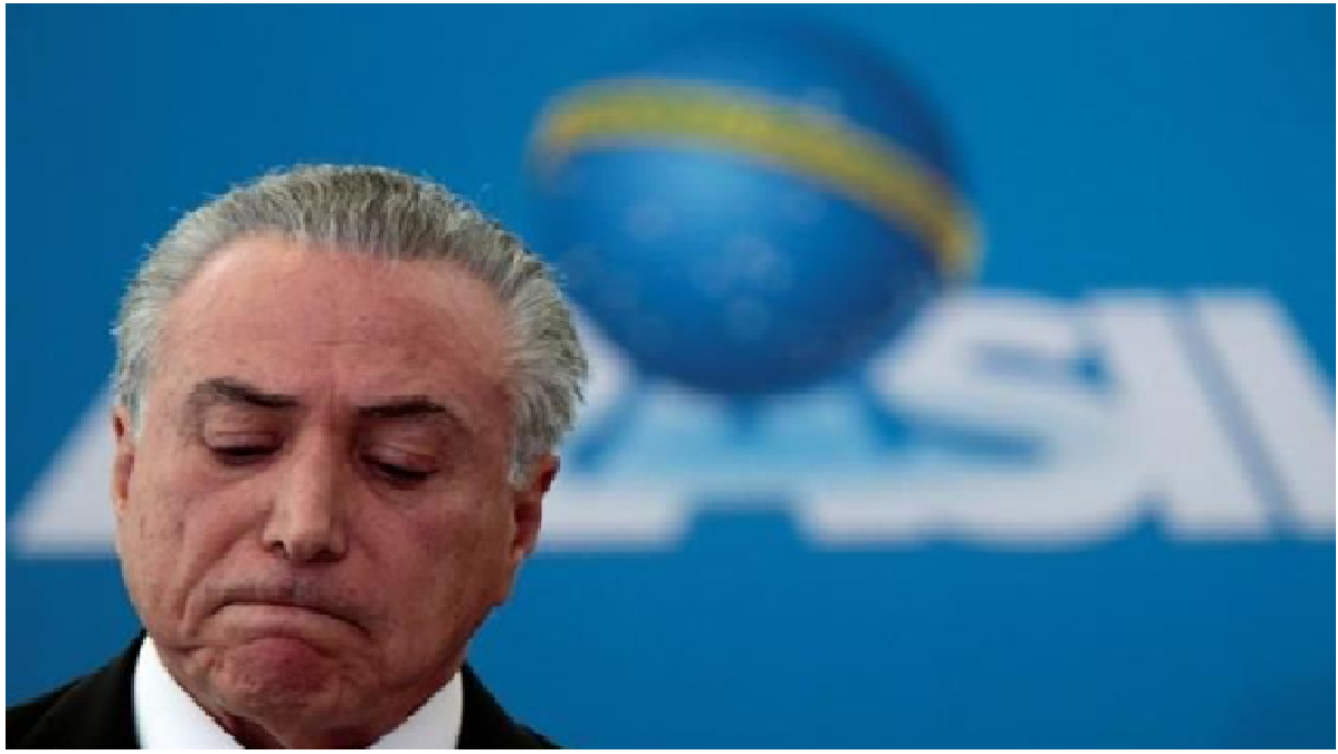 We happen to be in interesting times in Brazil, as the Chinese proverb goes. We are coming up on the 1 month anniversary of the approval of the impeachment trial, and I thought it would be interesting to take a look back and take stock of where we are.

The same refrain keeps going through my head – “Insanity is doing the same thing over and over again and expecting different results.” I really just want the circus to leave town and take the political freak show, clowns and the tutu wearing, trained dogs and ponies on to the next unsuspecting town so we can get back to a mild sense of normalcy. But alas, reality is so real, and the insane are ruling the asylum!

There was much speculation about the impeachment process, the judicial meritsand illegality of the government fiscal moves, and whether in fact there is an unarmedpolitical coup happening in Brazil. Jurist and legal scholars will now have the opportunity to debate and decide this issue, as well as the senate over the next 4-6 months. It`s likely to be turned into an Olympic Sport in August, and if we have any luck many of our politicians will get confused and wander into the javelin and hammer toss areas with devastating effect. Long walk off the short 10m diving platform perhaps?
Anybody who knows me well, knows that I don’t align myself with political parties as much as with sound practical positions and policy. I support who I believe is the best candidate for the job, regardless of party. While I neither consider myself a conservative or liberal, I do believe in smaller government focused on the big issues that neither states or individuals can tackle alone, such as security, infrastructure, health care, education etc.And maybe it’s the Missourian in me, but I also strongly believe in the “trust but verify” approach to things.

Brazil has been an eye opening education for me on so many fronts. While I sat and watched the impeachment process unfold in the Lower House of the Congress, I was not only struck by the great theatrics, but also the overall lack of quality and substance. On paper at least, each deputy had 20 seconds to cast their vote. But, there were some academy award winning performances complete with righteous indignation and violent ragefrom both sides. A few of the Deputies actually stood up and said a few words with regards to the actual charges being brought in the impeachment, voted their conscious and then left so the next person could vote. But unfortunately, the vast majority were thanking everyone from God to Family to Torturers as they droned on and on about whatever and contributing to the carnival atmosphere.

And through it all, we had the people’s friend and guardian Eduardo Cunha overseeing the proceedings. Cunha himself is hanging on for his dear political life in the face of multiple charges of money laundering, bribery and corruption. But, I give him this – he was a master of ceremony throughout the process with just a slight smirk from time to time. A true maestro of the politico.

“Coup of the Coup”

When the dust settled, it was a resounding affirmative vote in favor of impeachment by a vote of 367 to 137 – faaaar more than the 2/3rds majority required by the constitution. The impeachment Olympic torch was then passed on to the brethren in the Senate, but not before the attempted coup of the “attempted coup”.

To set the stage, shortly after the Lower Houses vote in favor of the impeachment, Eduardo Cunha was himself removed from his position in congress for corruption charges by a unanimous vote from the supreme court. The maestro swears to his innocence and calls the charges “absurd”. But this is the same guy who argued with a straight face that the offshore trust account with millions in it isn’t his, but he just gets the beneficial use of the funds. Pretty sure he won`t be leaving quietly!

Just for fun and in a spasm of insanity, WaldirMaranhao, the acting President of the Lower House, then announced some procedural irregularities, annuls the Lower House vote, and asks the Senate to return the process to the Lower House for a revote. This was followed a day later by his reversal of the reversal and basically put forth the excuse–“Sorry, My Bad.”Now that’s not a direct quote, but you get the idea. The pressure went through the roof and I think it got too hot in the kitchen for our friend.

Senate In on the Act

Renan Calheiros the head of the Brazilian Senate had already ignored the request from the acting speaker and confirmed that the Senate was indeed taking up the impeachment process. But,for it’s own side show, the Upper House quickly voted 74-0 in favor of stripping Sen. Delcidio do Amaralof his Senate seat for allegations of obstruction of justice as he attempted to tamper with witnesses in the Petrobras scandal. Turned out to be one to the few unanimous votes from this bastion of bipartisanship and integrity prior to the continuation of the Big Top Circus Show Act 2.For his part, Senator Delcidio took a plea bargain and quickly started fingering the next dominos in the cascading corruption scandal.

The Senate Special Committee accepted the merits of the case and voted in favor of advancing the impeachment to a full senate vote. Finally, on May 12 after 20 hours of “debate”, the upper house suspended President Rousseff by a vote of 55-22.Again the ayes had way more than they needed to for a simple majority. The Presidenta now finds herself suspended for up to 6 months pending the outcome of the trial, and in the interim the Vice President Michel Temerhas assumed the Presidency.

A cabinet was named shortly after the impeachment vote, and like all Politicos, Temer named a hodgepodge of politicians from parties who supported the impeachment to fill these Ministerial posts and to build a governing majority in Congress. The new administration is saying much of the right things to jumpstart the economy like cutting the deficit, controlling inflation, reducing the number of ministries, and taking the necessary steps to recover the hard fought investment grade status for Brazil debt.

But, unfortunately it’s more of the same for Brazil. In a blow to diversity and playing right into the hands of the opposition, all the Minsters are from the good ol’ boys club – literally. Not 1 woman or person of color were selected to be a Minister. Once again, a signal that the Politicos are not very worried about actually reflecting the constituents they are supposed to be representing. Once again,it’s business as usual in Brasilia. As one person wrote, “the Temer government begins with a lot of testosterone and little pigment.”

After almost 30 days in office, 2 of the key ministers have been forced to resign after leaked conversations raised questions about their involvement in obstructing justice and corruption. Planning MinsiterJucá resignedon May 23 after another leaked recorded conversation about tampering with on-going corruption investigations. He was followed shortly thereafter when Fabiano Silveria, the Transparancy Minister, was the latest genius to be caught on tape criticizing the Car Wash anti-corruption probe. Good thing he was the head of the Transparency, Surveillance and Control Ministry. Just to further weaken their position, the top PMDB leadership Renan Calheiros, Eduardo Cunha, Romero Jucá and former President of the Republic JoséSarney are all being investigated for obstruction of justice and corruption.

The sad truth is this – Brazilian politicians of all parties and political persuasion look at their time in office as an opportunity and a God-given right to enrich themselves, their family and their friends. It happens in all levels of government from the city, state to the federal level. No party is exempt, and it seems few, if any, good intentioned or altruistic Politicos can resist the siren song of easy wealth from the power brokers and lobbyist’s network.

At the end of the day, the 200 million Brazilians must say enough and force a broad,inclusive political reform. In the short term, the best thing for Brazil is to call new elections and have a new vote in order to restore the democratic tradition. But,Dilma and PT have been too hard headed to do what’s right for the country, and Temer and the good ole boys will never willing give up power and the gravy train that goes along with it. An opinion poll prior to Dilma’simpeachment showed 9% of the population support Dilma, 60+% support her being impeached, and 11% believe the vice-president Temer will be any better.That pretty much sums up the current state of federal politics in Brazil.

There are 513 members of the Lower House and 81 Senators in the Upper House. There may be a few good men and women among this group, but they get trampled by the majority who are only interested in continuation of the same old and advancing their personal agendas at the expense of their constituents. We have 584 Politicos repressingthe order and progress for 200 million people promised by the Brazilian constitution. The privileged political class and rampant corruption perceived as business as usual must fade into the past so that a better, stronger and more united Brazil can take its place.

I am an eternal optimist and see many winds of positive change on the horizon. Democracy is hard work, and freedom is never free. They are ideals that are fought for with blood, sweat and tears on a daily basis. I know the creativity, innovation and strength of the Brazilian people will take the important next steps on the path to a free and prosperous democratic society. This is only the beginning of a new phase in a better and stronger Brazil.
As always, thanks for reading and send along any comments or suggestions.

“An educated, enlightened and informed population is one of the surest ways of promoting the health of a democracy.” – Nelson Mandela